Dysmenorrhea describes painful cramps during menstruation, tending to start at the onset although they can occur throughout, with pain tending to last for up to 3 days.

The cause of primary dysmenorrhoea is unknown. One suggested explanation is a build-up of prostaglandins. Period cramps are a part of the normal menstrual cycle, when the womb contracts to encourage the shedding of its lining, and prostaglandins encourage this. It has been suggested that in some women prostaglandins build up to a higher than average level, leading to stronger and more painful contractions.
Secondary dysmenorrhoea (painful periods due to established pathology) has multiple causes. Most common is women with a history of endometriosis. This is where the endometrial tissue (lining of the womb) grows outside of the womb, and during menstruation it sheds, causing pain. Fibroids (non-cancerous tumours), pelvic inflammatory disease (infection of genital tract) and adenomyosis (growth of endometrial tissue in muscle layer of the womb) can all also cause dysmenorrhoea. Women with secondary dysmenorrhoea often have further symptoms which may include dyspareunia (pain during sexual intercourse), bleeding in between periods, menorrhagia (heavy bleeding during periods) and vaginal discharge. 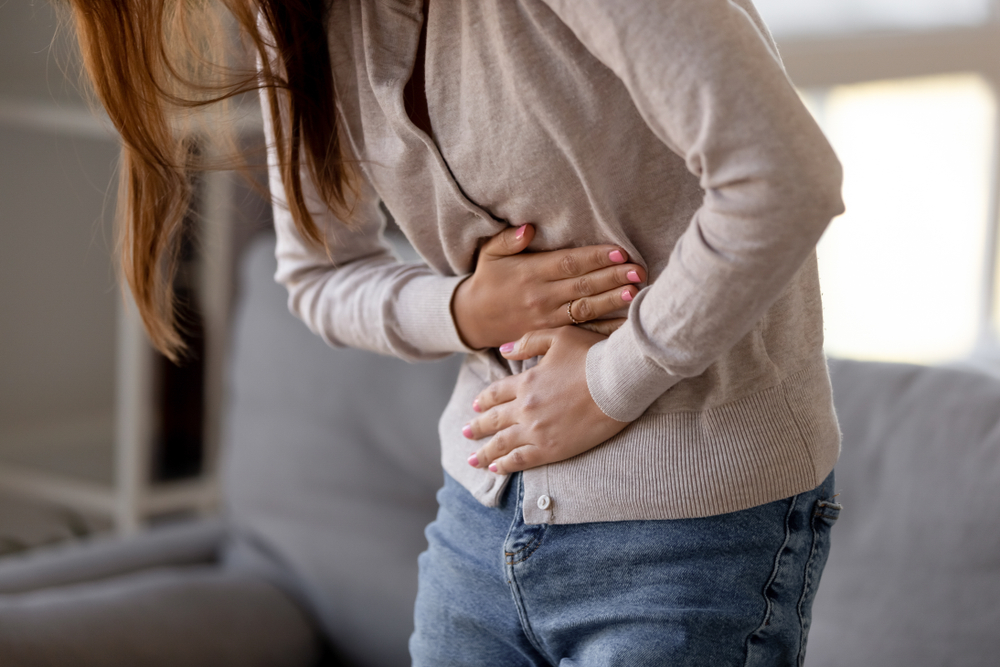 What are the symptoms of Dysmenorrhoea?

The focal symptom is pain in the lower abdomen or pelvis, which can be coupled with symptoms such as nausea and vomiting, headache, dizziness, fainting and fatigue.

How is Dysmenorrhoea treated?

Painkillers are often the first point of call, with NSAIDS such as aspirin and ibuprofen effective at managing primary dysmenorrhoea. Following this, if you are still experiencing painful periods, your GP will be able to advise you further. Managing secondary dysmenorrhoea focuses on treating the underlying condition, which will help to control the pain.