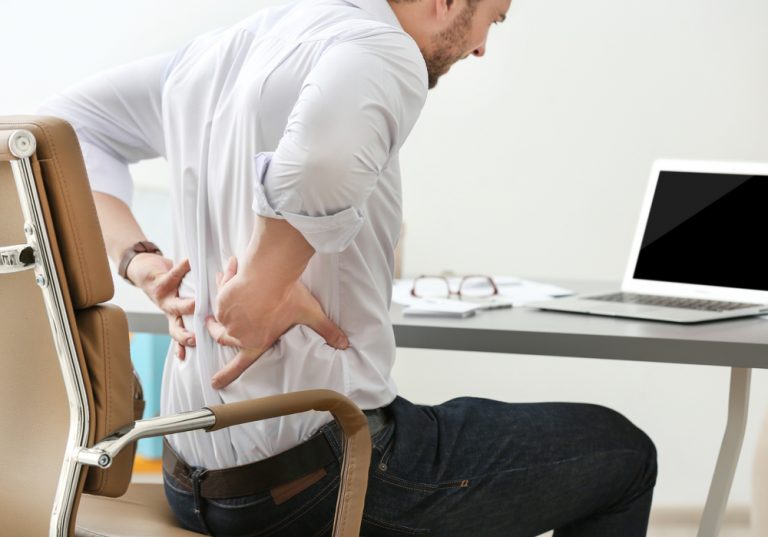 What is Ankylosing Spondylitis?

Ankylosing spondylitis (AS) is a chronic autoimmune condition which affects joints throughout the body. It usually affects the joints between vertebrae and between your spine and hips or ribs but may also affect more peripheral joints if the condition progresses. The joints become inflamed and eventually bony growths called syndesmophytes form over the joint space. These can be extremely debilitating by restricting your range of motion and can even fuse the joint, immobilising it.

What causes Ankylosing Spondylitis (AS)?

The actual pathology is caused by the chronic inflammation of joint tissues, which can lead to the formation of new bony growths (syndesmophytes). These growths over the joint space can cause you to lose your range of motion, flexibility, and can eventually cause fusion of the joint.

AS has a substantial genetic component and the HLA-B27 gene has been implicated in particular. While tests can confirm whether you have this gene or not it is important to note that it is absolutely not a guarantee that you have developed or will develop this disease. It is implicated because many people who suffer from ankylosing spondylitis also happen have this genotype and it is therefore under research. This does mean that if you have a family history of the condition it is much more likely that you may develop it when compared to the general population.

The actual pathology is caused by the chronic inflammation of joint tissues which leads to the formation of new bony growths (syndesmophytes). This new growth can however cause you to lose your range of motion, flexibility, and can even cause fusion of the joint if it progresses.

These genes are also implicated in arthritis which again point to a common cause in both conditions. 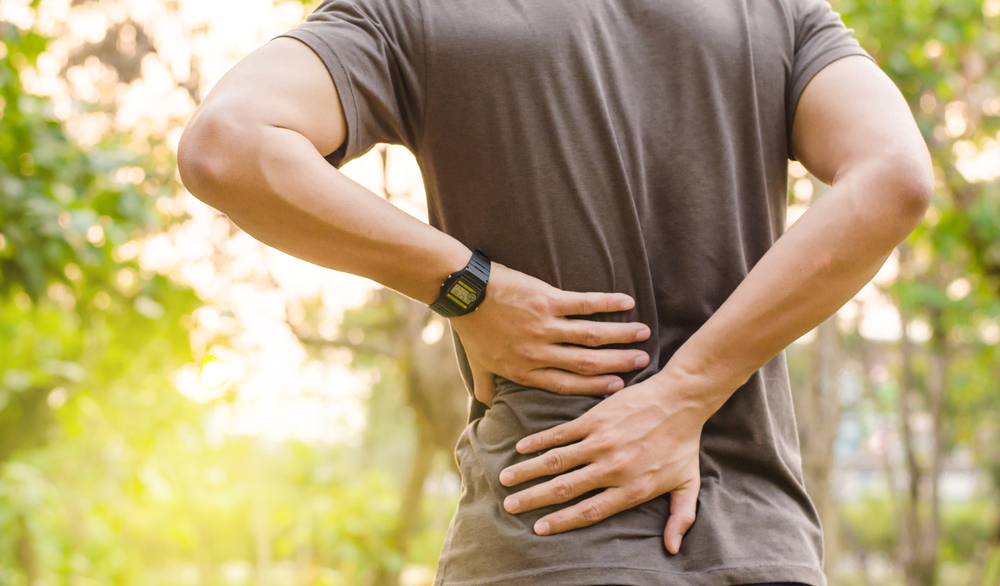 What are the symptoms of Ankylosing Spondylitis?

The symptoms may present themselves gradually as a person develops, though the manner and speed in which they do so can vary highly between individuals. You may experience back pain, stiffness and joint swelling. Arthritis (inflammation of more peripheral joints) has similar symptoms and it can help with identifying the condition. Thus if you have one of the two conditions it is more likely that you have the other as well. You may also be abnormally tired for reasons you can’t otherwise identify and although this isn’t necessarily related to ankylosing spondylitis, if you experienced alongside joint pain it may help the diagnosis.

A key differentiator between AS and other types of joint disease is whether these symptoms improve with activity or become worse; if they improve during the day but become worse upon waking and going to bed it may be indicative of AS.

How is Ankylosing Spondylitis treated?

While there is currently no cure for AS there are several potential therapies to relieve its symptoms and its impact on your quality of life. Initial responses involve exercise, massage and physical therapy to help maintain the integrity of the joints in question. If the pain is debilitating and affecting your lifestyle over the counter mediations can be used, or stronger ones such as codeine if necessary.

Anti-TNF (tumour necrosis factor) can be used to counteract the effects of TNF, which mediates inflammation in your body. Corticosteroids can also be used to reduce inflammation and therefore delay syndesmophytes growth. A class of drugs known as “disease-modifying anti-rheumatic drugs” can also be prescribed though they are more appropriate in cases that don’t involve spinal joint pain.

In extremely severe cases surgery can be considered, this can include surgery to treat spinal abnormalities caused by the condition and perhaps total joint replacement.

Ankylosing spondylitis (AS) is a chronic autoimmune condition which affects joints throughout the body.

Mr Syed Aftab
Orthopaedic Surgery
London
View profile Book
Mr Aftab is an excellent doctor. Very understanding, personable and knowledgeable. He understood the importance of sports and worked very hard to re-assure me that I would be able to return to exercise despite my injury.
Read all 41 reviews

Mr Dimpu Bhagawati
Orthopaedic Surgery
London
View profile Book
Mr Bhagawati was very friendly and polite to me. He conveyed a very clear understanding of the problem and the process required to resolve the issues raised regarding my current situation. The explanation made to me, reassured me that I will be in capable hands as his experience, confidence and state of the art equipment all showed. Mainly though, he showed a genuine concern for my welfare and situation that I am in. It was a pleasure to meet with him. Many thanks Michael.
Read all 93 reviews

Mr Amarjit Anand
Orthopaedic Surgery
London
View profile Book
I was very pleased with the outcome of my surgery! Considering it was the second surgery for me, the previous one done by another consultant. There could have been a few problems as advised by Mr Anand, my recovery was straight forward with no complications! Complete success. Mr Anand explained everything very clearly and I did just what he advised! He took good care of me and I was out the next day. He said at my 8 week check up that I had made excellent progress. He is such a lovely man and I am very grateful to him for his excellent care and his team for looking after me so well!
Read all 18 reviews
View more
Related articles on Doctify
Hand Stiffness
23/08/2021
Ankle Tendonitis
08/04/2021
Neck Pain
27/04/2020
Herniated Disc or Slipped Disc
27/04/2020
Myeloma
27/04/2020