Hayfever is the inflammation of the insides of the nose, eyes or throat, due to an oversensitivity of immune system.

What is Allergic rhinitis (hayfever)?

Hayfever, also known as allergic rhinitis, is the inflammation of the insides of the nose, eyes or throat, due to oversensitivity of immune system, when cells come in contact with allergens that are thought to be harmful, like pollen.

It is a common allergic condition, affecting 1 in 5 people in the UK. Hayfever usually affects children from the age of seven, and teenagers are more susceptible to the allergy than adults. Medications will not cure the allergy. However, symptoms may improve as people get older, and completely disappear in 10-20% of people.

Common allergens are house dust mites, pollens and spores. While it is usually seasonal, it is possible to have the condition throughout the year. Pollens that trigger symptoms are tree pollen in spring, grass pollen in late spring and summer and weed pollen from early spring into late autumn. Most people with hay fever are allergic to grass pollen.

There are a few factors that can increase risk of developing hay fever. These include people who have another allergic condition like eczema, a family history of hay fever or are exposed to smoke or exhaust particles when they were younger.

To find out the cause of your allergies, you may be arranged to perform a skin test to determine allergens causing the reaction by pricking your skin to allow extracts of potential allergens to trigger a response, showed by itchy, red spots on the skin. Blood test can also be used to identify a particular allergy by comparing the levels of certain antibodies to reference point. 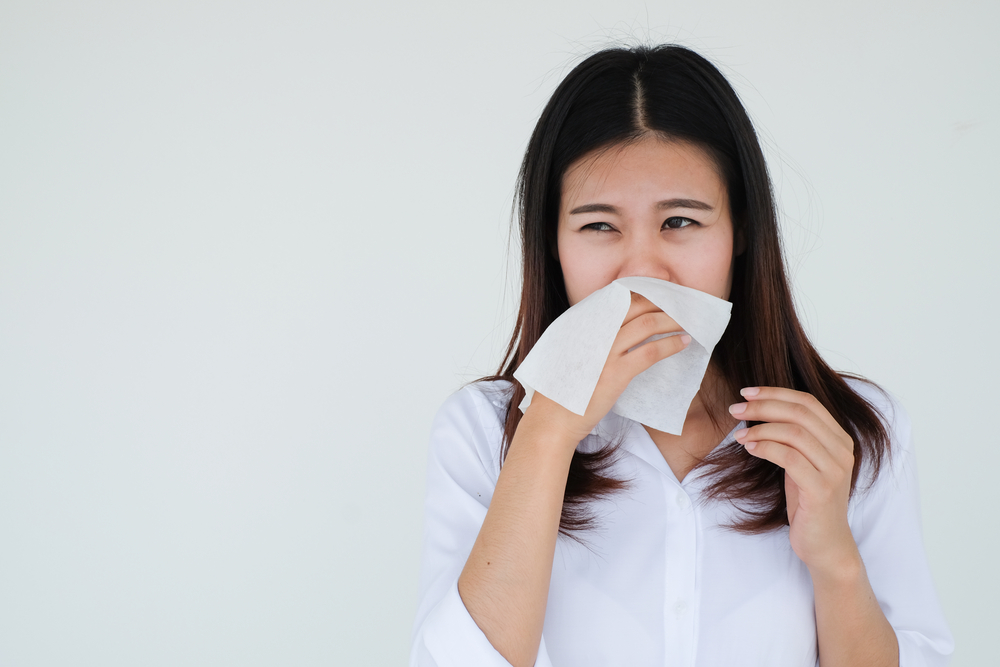 What are the symptoms of hayfever?

Symptoms typically start during childhood or teens, but may surface at any age.

The body releases histamine in response to allergen invasion. Histamine is involved in local immune responses and causes inflammation (swelling and redness), to prevent allergen from entering the body. Cold-like symptoms, like sneezing and a blocked or runny nose are normal, to expel allergen out of the body. This begins immediately after exposure to allergens.

How is hayfever treated?

Prevention is always better than cure. It is a good idea to wear a mask when potential allergens are near. Home remedy includes home-made solution with equal parts of salt and bicarbonate of soda or using sachets of ingredients bought from a pharmacy, to clean nasal passages (nasal irrigation).

Mild symptoms can be relieved by over-the-counter medicines, like antihistamines, which effectively block the effects of histamine. Do note that some antihistamines can cause drowsiness. Decongestants can also be used, for not more than seven days, as it will make the congestion worse. Your GP may recommend nasal corticosteroids, which is longer acting, to help reduce inflammation and swelling.

If symptoms are severe, immunotherapy, also known as desensitization, will be needed, to make your immune system less sensitive to allergens involved. This is done through through allergen injection under the skin of upper arm or by consuming tablets containing that allergen. Immunotherapy must be carried out under close supervision because it may cause serious allergic reaction.