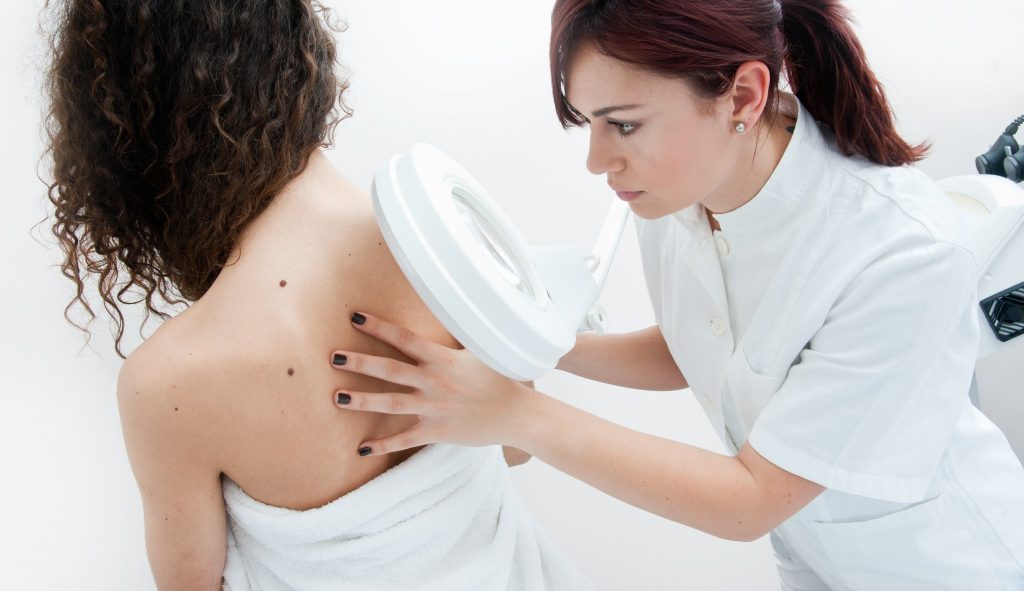 Melanoma is a type of skin cancer which can spread to other organs in the body. Melanoma is the 5th most common cancer in the UK and 1/4 of cases are diagnosed in those under 50. It often starts as the appearance of a new mole or changes in an existing mole. It is most commonly found on the back, legs, arms or face but any area of skin can be affected. The affected skin will appear discoloured and have an irregular shape. They might be larger than normal moles or can feel itchy or bleed. 70% of melanomas are superficial spreading but other types include: Nodular Melanoma (fast developing and most common in middle-aged people. Doesn’t always occur from an existing mole and often in areas which aren’t regularly exposed to the sun); Lentigo malign melanoma (most common in elderly people who spend a lot of time outdoors. They are common on the face and grow for a number of years); Actual lentiginous melanoma (rare melanoma which appears on the palms and soles of hands and feet. The most common melanoma in people with darker skin. In general, in the UK, African and Asian people rarely get superficial spreading melanoma).

What are the causes of Melanoma?

UV light is the most common cause of skin cancer. A specific wavelength UVB is thought to be the main cause. The most common source of UV light is sunlight, although those who use tanning beds are at an increased risk of melanoma because they are exposed to UV light that way.

People who have many moles on their body are at a high risk of getting a melanoma, especially if the moles are over 5mm in diameter. Therefore, it is important to monitor moles frequently.

Other risk factors which increase your chance of developing melanoma include: Pale skin, red or blonde hair, blue eyes, Increased number of freckles, immune suppression from medication or condition such as HIV and a previous cancer diagnosis.

What are the symptoms for Melanoma?

Moles which are getting bigger, changing in shape or colour, have an irregular shape, become itchy or bleed are highly likely to be a melanoma.

Rarely, melanoma can develop in the eye. People will notice a dark spot or changes in vision but this is often diagnosed in a routine eye examination.

How is Melanoma treated?

Surgery is the most common treatment for melanoma, especially those in stages 1-3. The surgery is usually carried out under local anaesthetic and is often done in combination with a skin graft to remove the amount of scaring. Those in stage 2 or 3 might also have a biopsy of sentinel or lymph nodes. If the cancer has spread to nearby nodes, further surgery might be needed to remove them – a procedure known as lymphadenectomy. Once the melanoma has been removed, you will have follow-up appointments to check recovery and see if there are many signs of the melanoma returning.

Those with stage 4 melanoma might no be able to be cured but will be given treatment in the hope that slows cancer’s growth, reduces symptoms and extend life expectancy. Radiotherapy and drug treatments might also be offered.

Radiotherapy might be used after an operation to remove lymph nodes or relive the symptoms of stage 4 melanoma. It uses controlled doses of radiation to kill cancer cells. It is done in a hospital daily with rest days at the weekend. Radiotherapy can cause tiredness, nausea, hair loss, sore skin and loss of appetite.

There are also some new medications which can be used to treat melanoma. Medications include Vemurafenib, Ipilimumab, Nivolumab but these are not suitable for everyone and many people are entered into clinical trials to receive the medication.

What causes a higher genetic risk of developing skin cancer?

What can increase the risk of getting skin cancer?

What is melanoma and non-melanoma skin cancer?

A spot that can range from a reddish, pinkish tone to white, skin colour or colourless, which means they are less likely to be noticed.

The most common form of skin cancer a BCC can start as a red patch of skin, an open sore or a small, raised lump. They can brown, pink or a whitish tone and may look shiny or waxy. A BCC will slowly grow larger and can become a painless ulcer. BCCs may also bleed, ooze and form a crusty layer. Left untreated a BCC can grow deep into the skin and destroy soft tissue and bone.BCCs are one of the easiest forms of melanoma to treat, however, they can come back repeatedly, after being removed or successfully treated.

The second most common form of skin cancer is Squamous cell carcinomas (SCC). Actinic keratosis and, or Bowen’s disease, if not treated can both cause Squamous cell carcinomas to develop. Most SCCs will be crusty and appear as a raised bump that looks inflamed and red at the base. Sore or tender bumps and ulcers are also indications of SCCs. Although SCCs grow relatively slowly, if left untreated they can spread to nearby lymph nodes, soft tissue and bones.

An external examination of any Atypical moles or concerning lesions or areas of skin will be the first stage of diagnosing skin cancer. Your medical professional will also check that your lymph nodes are not swollen or feel harder than usual.

Skin grafts may be required when a wide local excision has been performed. Skin is removed (excised) from a donor site and usually heals within  5 to 10 days. The skin is grafted over the area where the mole has been removed and can take between 5 days and 2 weeks to heal.

Skin flaps involve creating a flap of skin, from an area close to where the mole was. The flap is still connected to the skin to maintain the blood supply and is then stitched over the area where the mole was removed. Normally only a plastic surgeon would perform a skin graft procedure.

Questions to ask about non-surgical treatment

Melanoma is a type of skin cancer that can spread to other organs in the body.

Dr. Sally Ng
Plastic Surgery
Footscray
View profile Book
Every visit was a positive experience. Everybody involved reception ,nurse and Sally herself were always polite and professional
Read all 22 reviews

Dr. Raminder Dhillon
Plastic Surgery
Melbourne
View profile Book
Extremely happy with Dr Dhillon. I can't thank him enough for all that he has done for me. Very kind man.
Read all 5 reviews 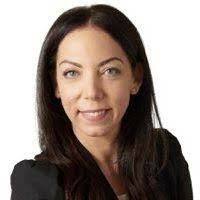