Alopecia is the term used to describe hair loss.

What is Alopecia Areata (Hair Loss)?

Alopecia is the term used to describe hair loss, though this can come in a number of different forms and have multiple possible causes.

What is hair loss caused by?

Male and female pattern baldness are the most prominent causes of alopecia: As you age you will most likely experience some form of hair loss or hair thinning with varying degrees of noticeability. Usually the hairline recedes with faster recession at the temples leaving a characteristic shape in men. In women hair usually thins generally all across the scalp rather than in a certain concentrated locations.

Alopecia areata is a form of alopecia where small patches of hair loss occur most frequently in young adults. This is usually transient and the hair will return after a few weeks or months. This is thought to have a heavy genetic influence and it may progress with complications causing hair loss in wider areas such as in alopecia totalis (no scalp hair) or alopecia universalis (no body hair at all).

Additionally scarring and the use of certain drugs, most famously chemotherapy, will cause hair loss. Certain conditions can also cause hair loss such as lupus. 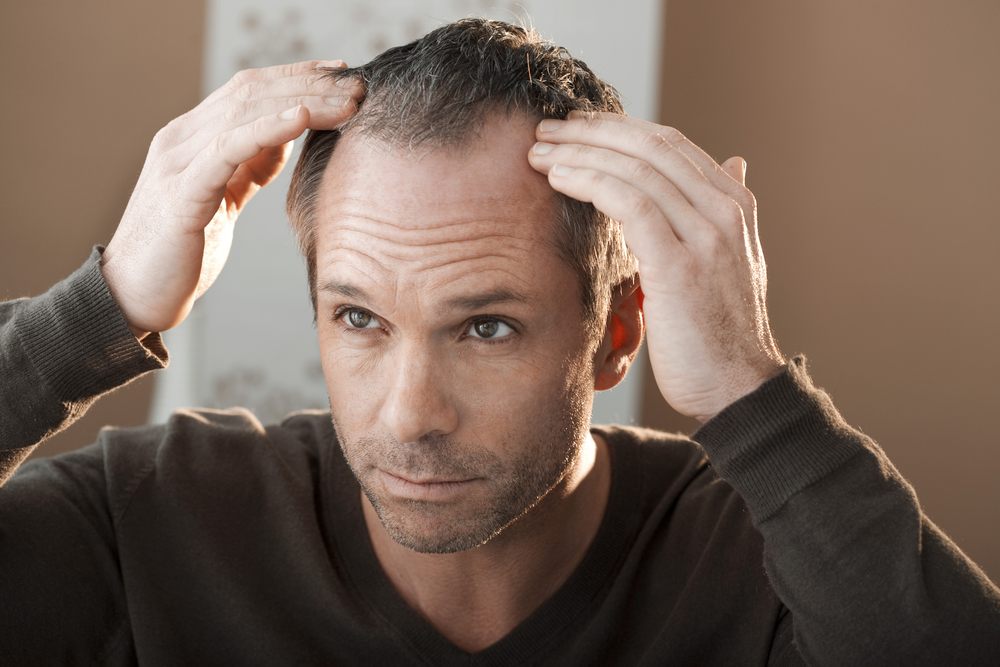 What are the symptoms of Alopecia Areata (Hair Loss)?

The symptoms of alopecia of course include hair loss and this can come in various patterns depending on the causative agent and genetic variability. Various patterns of hair loss such as a receding hairline or perhaps patches will help determine the specific cause of the hair loss.

How is hair loss treated?

If the alopecia is caused by an underlying medical condition then that will be treated. If it is caused pharmacologically then other drug options may be discussed though in many cases discontinuing the drug won’t be an option.

Male and female pattern baldness can be treated with drugs such as minoxidil finasteride while alopecia areata is usually treated with steroid injections at the site or with topical corticosteroid creams.

If regrowth isn’t an option then wigs and tattooing are alternatives to help ameliorate the condition and its impact on your quality of life. Dermatography it is the process of tattooing the skin in such a way as to mimic hair and although it is normally used for eyebrows it can give fantastic results in reinforcing a close-shaved head.