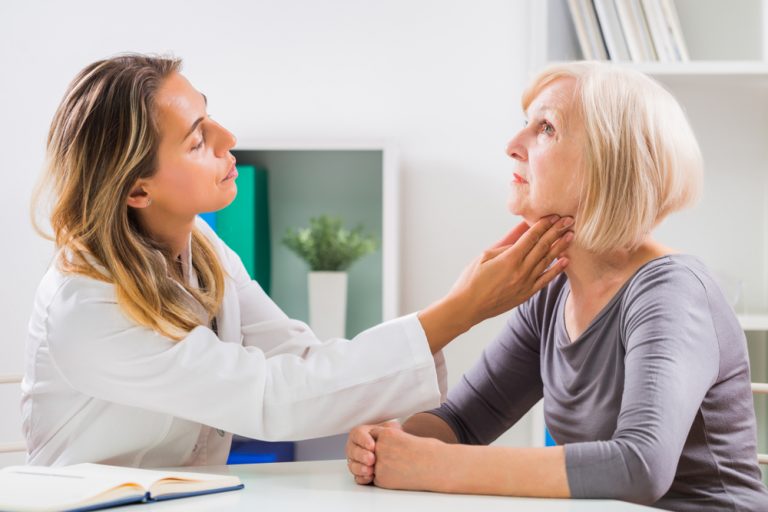 What is Tonsillectomy surgery (removal of tonsils)?

Tonsillectomy surgery is a common procedure done most often for children. The surgery involves the removal of your tonsils and may be combined with the removal of your adenoids (adenoidectomy) and/or grommet insertion. It is performed under a general anaesthetic, normally as a day case although occasionally an overnight stay is required.

Why would I need Tonsillectomy surgery?

Tonsillectomy surgery is normally performed when you have had frequent and severe bouts of tonsillitis. Inflamed or enlarged tonsils and, or adenoids can also cause respiratory obstruction.  This is particularly relevant in paediatric cases.  The symptoms may be worse when the child is asleep but are also present when awake. This is not a sleep disorder but a breathing disorder.

When severe inflammation of the tonsils is causing acute symptoms e.g. bacterial infections or in severe cases, difficulty swallowing or breathing due to respiratory obstruction, removing the tonsils may be recommended. Tonsillectomy can be requested because the tonsils are enlarged and are causing sleeping problems, such as snoring or sleep apnoea.

In addition to tonsillitis, infection of the adenoids can cause the adenoids to become swollen and restrict airflow. When recurrent adenoid infections are occurring, you may also be advised to have your adenoids removed at the same time, this is called an adenotonsillectomy.

Adenoids are patches of tissue that sit behind the nose, they help to protect you from bacterial or viral infections. In children, adenoids are larger and they shrink and by the time you are an adult they have normally disappeared. For this reason,  adenoidectomy surgery is not often performed for adults.

What happens during Tonsillectomy surgery?

A general anaesthetic will be administered, once you are unconscious the surgeon will use an instrument to keep your mouth open. The tonsils are then cut away with a scalpel and normally takes between 30 and 45 minutes. Dissolvable sutures (stitches) may be used and they normally dissolve within 3 weeks.

The actual technology used to remove the tonsils and potentially the surrounding tissues can vary significantly from older methods such as the use of surgical incision, or more modern methods such as lasers, ultrasound, cold ablation (using cold to destroy tissues) or diathermy (using heat to do likewise). The specific method used will depend on the surgeon and clinic in which the procedure takes place though it is important to note that each method has similar results in terms of safety and clinical outcomes. The particular method employed will largely depend on the surgeon’s training and familiarity with carrying out the procedure with particular equipment.

How to prepare for a Tonsillectomy?

It is worth consulting with friends or family who may have undergone the procedure in order to allay any fears you may have. Additionally, many people find that it helps to talk through the procedure with the surgeon who is going to perform it to establish an accurate idea of what they can expect.

What is an intracapsular tonsillar reduction (partial tonsillectomy)?

A partial (intracapsular) tonsillectomy can be carried out to treat an acute condition such as recurrent tonsillitis, abscess, or breathing. It may also be recommended when the tonsils only cause problems during sleeping, such as snoring or sleep apnoea. The procedure is very similar to an extracapsular, standard tonsillectomy procedure although quicker and normally takes between 15 and 20 minutes. The difference is the tonsillar capsule is not completely removed and the procedure can be done using coblation. There are different ways to perform an intracapsular tonsillectomy, but one of the most popular techniques is to use coblation ‘dissolves’ the tonsil tissue and there is no exposure of underlying muscle and blood vessels resulting in negligible blood loss and adenoidectomy surgery can also be done at the same if required. The procedure is popular due to the much faster recovery time.

How long does it take to recover from a  partial  (intracapsular) tonsillectomy?

What are the complications and risks of a partial (intracapsular) tonsillectomy?

What happens after receiving a tonsillectomy?

Immediately after the procedure and for one or two weeks afterwards, you may experience pain and irritation at the site of the operation. If this is severe you may also experience pain swallowing and chewing, though this can be alleviated using over the counter painkillers. If you find that you lose weight due to the degree of discomfort experienced while eating it is recommended you seek medical attention.

It is also important to drink plenty of fluids while avoiding juices and other acidic substances. You should also practice good oral hygiene in order to reduce the chances of infection and some clinics detail specific mouthwashes and rinses for postoperative use.

Additionally, many people experience earache due to the anatomical proximity of the tonsils and ears. This isn’t a cause for concern though if severe it may be worth consulting a healthcare professional for pain relief.

Some people experience bleeds after the operation, and while this is similar to earache in that it isn’t necessarily a cause for concern if they persist after a week or two or are particularly severe it is recommended to seek medical intervention.

What is laser tonsillectomy?

Laser tonsillectomy surgery to remove the tonsils, is performed in the same way as a standard tonsillectomy. The only difference is instead of using a scalpel the surgeon uses a laser to excise the tonsils.

Studies have shown that the immune system continues to work well after tonsillectomy or adenotonsillectomy surgery.

Tonsillitis cannot reoccur after having your tonsils removed. Tonsillectomy or adenotonsillectomy surgery will also reduce the chance of developing strep throat. Strep throat is an infection, caused by Streptococcus (strep) bacteria,  is often confused with tonsillitis and has similar symptoms.

You will normally go home on the same day; however, you may need to stay in hospital overnight after tonsillectomy or adenotonsillectomy surgery. After the surgery, you may experience earache for between 2 and 3 days. You may also experience significant throat pain for around 7 to 10 days. Most people need approximately 2 weeks off work (or school).

Why would adenoid isolated surgery be performed?

Adenoid surgery may be recommended when swollen or enlarged Adenoids cause:

What happens during adenoidectomy surgery?

Adenoidectomy surgery is normally performed under a general anaesthetic and takes approximately 30 minutes. The adenoids are excised through the mouth and cauterization is used to prevent bleeding.

How long does it take to recover after adenoidectomy surgery?

You may need to stay in hospital overnight after adenoidectomy surgery

For up to two weeks after the surgery you may experience:

When can my child return to school after adenoidectomy surgery?

To help prevent infection, it is advisable to keep your child at home for 10 days after surgery.

You should start drinking as soon as you feel able and is is very important to drink often to prevent dehydration. You will need to eat soft food for the first couple of days and then you should try to return to eating solid food. If swallowing is painful it is advisable to take a pain killer approximately an hour before eating to help relieve the symptoms.

Call your consultant or go to your emergency department if you experience:

Adenoidectomy with tonsillectomy and/or grommet insertion

When there are also frequent and severe bouts of ear infections you may be advised to have grommets inserted at the same time as a tonsillectomy or adenotonsillectomy surgery.

Grommets consist of small plastic tubes and they are inserted into the eardrum.

Why would grommets be inserted?

Ear infections that keep reoccurring may be helped by the insertion of grommets. Grommets are used to help to reduce pressure and the build-up of fluid (glue ear).

Normally the procedure is carried out under a general anaesthetic and takes around 20 minutes. Recovery is normally very quick and you should be able to return to normal activities the following day. Grommets generally fall out between six to 12 months but some stay in longer.

After the insertion of grommets, you will need to wear earplugs when bathing, showering, or swimming to help to prevent infections. Grommets on average will fall out by themselves between 6 to 12 months after insertion.

What are the complications and risks of grommets?

Tonsillectomy is the surgical removal of your tonsils and is one of the most common surgical procedures carried out in the world. This is often a last-resort treatment for recurrent tonsillitis, airway obstructions, snoring and abscesses that may form around the tonsils as a consequence of prolonged tonsillitis. Dr. Lekha Kapoor
Ear, Nose & Throat (ENT)
Dubai
View profile Book
Dr. Lekha is one of the best trusted doctors I have met and dealt with. She has been visited by myself and all my family members throughout the years. She has conducted surgeries for both my daughters who were in true need for it due to their breathing difficulties. I trust her like my own sister. She explains very clearly what your condition requires and will never try to “sell” a surgery or a certain treatment. She will advise you what is truly the best for you.
Read all 63 reviews Dr. Annelyse Ballin
Ear, Nose & Throat (ENT)
View profile Book
I highly recommend Dr. Annelyse. Dr. Annelyse listens closely and explains what she thinks &amp; why. She’s available and getting an appointment is easy. I recently saw her for vertigo and she was kind and knew exactly what to do for my situation. She is FABULOUS!!!!
Read all 12 reviews
View more
Related articles on Doctify
Septoplasty
27/04/2020
Tonsillectomy
27/04/2020
Rhinoplasty (Nose Job)
27/04/2020